The Future for Veterinarians in North America 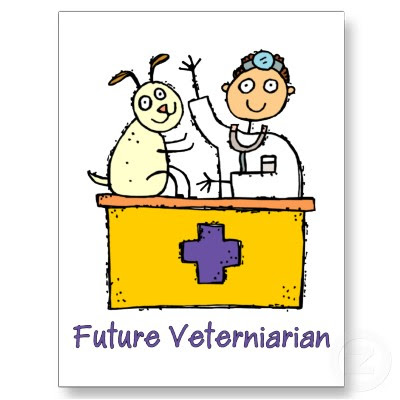 So far, three Atlantic province Veterinarian Associations have banned their member vets from performing these surgeries (cropping and docking).

They did it surreptitiously, in direct contradiction to breeder input and passed it unilaterally. Playing nice with these organizations is a non-starter because they don't want to play at all.

I've said this before and I do mean it. If these organizations wish to pattern themselves on some Utopian concept of European morals then I will make it my all-consuming passion to have them accept all European standards. European norms do not allow for mass spaying and neutering, cat declaws, de-barks or many other "elective" procedures that are the bread and butter of North American veterinarians.

I'll have plenty of time to devote to my new mission, since I won't be breeding Dobermans. Many other breeders, from across the many Conformation Groups won't be breeding either. Not only will I no longer be breeding dobermans, I will effectively be "out of business". At least I realize that breeders are the life-blood of my business (breeder-based software applications). North American vets will learn to their peril that once they've acquiesced to the Animal Rights terrorist in their midst, that the remainder of the A.R. (read PETA) agenda will be more easily achieved, likened to tumbling dominoes.

Here are some interesting fact for the North American veterinarian to ponder:

Why do Europeans have so few Vet schools, by population? Because they don't need them! General conclusion? There will be a lot of unemployed vets if we adopt the European standard of veterinary care. The ironic part? They will have done it to themselves.

(Posted with permission)
Posted by Blog for Show Dogs at 9:10 AM

Amen to that! It baffels me as to why vets do not listen to their client base, but instead listen to the group that wants them out of business.

I've been a been a veterinarian since 1987, and breeder of Wire Fox Terriers since 1982, and I agree that the profession of veterinarian medicine could be in grave danger. It saddens me to think we(vets)don't see the demise of our profession, and how this is happening because of the infiltration of animal rights activists into the profession. This is happening at a time when the profession is at a high, and filled with exceptionally talented veterinarians. But please don't blame me!! I have called AKC numerous times, I have written and called AVMA numerous times, I have spoken at local vet association meetings, I have gotten NOWHERE. This is a problem that needs addressing and a big voice. I wish I had the answers. Cara Campbell, DVM

Veterinarians are also shooting themselves in the foot when they ridicule those vets that take the holistic approach when treating their clients. I have met many young vets who are comfortable with their initial education and fail to see the value of continuing their education to meet the concerns of educated pet parents.

I loved your article it has great information. I think you and your readers might be interested in another article I found, about pets and dry eyes.
http://www.whatistheeye.wordpress.com

So thanks for providing such a great information over here.