Assessing the health of mixed-breed and purebred dogs 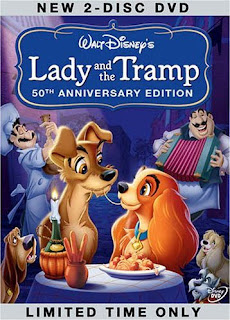 by Rabenschwarz
There have been many claims by a great many people, a lot of them educated, that there is a "hybrid vigor" that causes mixed breed dogs to be healthier than purebreds. The very term hybrid is misleading in this example as dogs are the same animal regardless of breed. It would only be a hybrid if a dog mixed with a wolf or coyote or something of the sort. In truth the animal that may have "hybrid vigor" is just a mixed breed dog because the dogs are the same species. Now that the mixed breed has been clarified I would like to state that "Hybrid vigor" is no guarentee of a healthy animal.

Most examples of "hybrid vigor" state that the mixed breed dog will have less health problems because they come from a larger gene pool. It is true that purebred dogs come from selective breeding and therefore most probably have a more shallow gene pool and sometimes inbreeding is involved, further limiting the gene pool and bringing the potential for more health problems. However, mixed breed dogs come from the breeding of two purebred dogs of different breeds. Each of the dogs that went into the mixed breed have the possibility of passing on negative traits and potential illnesses as a purebred breeding. In fact, there may be a better chance of getting a problem from both parents. For instance if a Chihuahua afflicted with slipped kneecaps bred with an Italian Greyhound that was prone to epilepsy there are three possible outcomes. One, the puppies could be lucky and born with "hybrid vigor." Two, The puppies could be afflicted with one problem or the other. Three, the unfortunate puppies could be afflicted with both ailments. Any breeding has a chance of producing undesirable traits whether it be from a planned breeding complete with stud dog or a drifting Romeo wanders into a back yard. I think the odds are even between purebred and mixed breed dogs in terms of health.
Posted by Blog for Show Dogs at 7:40 AM

Crossbred dogs do suffer from inherited diseases, indeed crossbreds have a far greater described spectrum of these diseases than any single purebred population. The biggest difference is in the prevalence of these diseases, each being relatively rare in crossbreeds and more common in purebred dogs.

So writes Irving, Willis and Sampson in a KC publication 2006. Yes that's right straigth from teh KC's mouth. Interesting no?

I have been searching information about "puppies born with (prominent third eyelids) "microphthalmia" found in certain breeds. With a merle hair coat with excessive amounts of white." Do you know about this inherited disease? I know of a breeder that breed two outcross purebred havanese and the litter had a puppy affected. (not found in this breed) If it was known by someone who plans to breed how to select and test for inherited diseases, could it be there be a guarantee for healthier puppies?

Thanks for sharing that article. Its so interesting! Cancer in Dogs